This is the proper place for this video.
Posted by Kashyap at 2:27 PM 3 comments:

A while ago, I'd come across Emacspeak, an audio desktop for emacs with serious powers, and that led me to the author of emacspeak, T.V.Raman.

T.V.Raman's a Research Scientist at Google having previously worked at places like IBM research labs and Adobe after completing his PhD from Cornell in '94. He won the ACM Doctoral Dissertation award for his thesis.

And all of this is underlined by the fact that this man is completely blind, from childhood. The bulk of his work is in the direction accessibility on the web, auditory interfaces and he's most well known for Emacspeak. Apart from that, he's authored a book on XForms and is a bigwig in the W3C circles.

This blog of his on xml applications has some pretty neat entries/presentations on the web and more specifically his thoughts on the direction of the web after web 2.0. Do watch one of his talks (linked below), he has a neat sense of humour and is an excellent speaker.

Our desktops at Amazon still run piddly old RHEL3. Funny state of affairs that is. Given that RHEL3 is the archaeological coeval of Redhat 9, yes Redhat 9 indeed, that would place it at Circa 2002 in the linux timeline. Anyway, bottomline, RHEL3 is a dinosaur by today's standards.

So given that I spend most of my work life staring at a full screen terminal emulator, settling upon a good one has been a fight given the resources at my disposal. Upgrading stuff is and was always hard given that RHEL3 is on a 2.4 kernel with ancient versions of glibc, gtk and so on.

Anyway, at various points over the past 3 years I've used xterm, aterm and gnome-terminal with mixed feelings for each of them. xterm is mostly crappy and I've got not much to say about it. Aterm is an excellent and superfast terminal but I couldn't get truetype fonts to work on it and hence had to use it with bitmap fonts. And I guess, I am not geek enough to use bitmapped fonts. But anyway, aterm is what I've stuck with mostly given that speed was more important than looks. And gnome-terminal was necessary whenever there was chinese or japanese to be looked at. The default configuration has full utf-8 encoding and font support in addition to being rather pretty with proper true type and all. But then again, the gnome-terminal on rhel3 was too slow for me.

Finally today, I got myself rxvt-unicode (urxvt) and the dejavu font pack and finally have a fast and pretty terminal emulator that I no longer can complain about.

The dejavu fonts are derived from the bitstream vera family of fonts and are developed in a free-software fashion. They're such a big hit in the free-software world that this set of fonts is readily available on a bunch of distributions and is the default set of fonts on ubuntu.
Posted by Kashyap at 3:00 AM No comments:

Before I get onto the more banal stuff, Arun will be starting at MIT this September as MS/PhD student and will work with Prof.Anantha Chandrakasan.

Getting to the more banal stuff, a quick roundup of books I've read recently
- The Ender Trilogy: Ender's Game, Speaker for the Dead and Xenocide. Picked up these three books from Arjun and I seem to have a mixed opinion on them. While the science fiction itself is okay to boring, some of the larger philosophical questions and statements asked are rather neat. All in all though, I'd highly recommend everyone who enjoy's science fiction to read this series by Orson Scott Card.
- To Kill a Mocking Bird (Harper Lee): Since I hadn't ever read this classic, Kuntal decided to buy me a copy and I absolutely loved it. Given that there is no lack of critical material on this book, I have to admit that Scout Finch is the most awesome little lady I've ever come across :)
- Isaac Newton and his apple: A comic biography of Isaac Newton, from the Dead Famous series, I picked this book up from my younger cousins and liked it enough to buy a copy for meself. There's one on Einstein also which I'll buy as soon as it comes in stock at an Indian online retailer.
- I, Robot: Never having read much of Asimov, I finally got around to reading this. However, I can't really get myself to comment on it.

Of the stuff that's happened of late, the slightly more significant events would include Arun finishing up at IIT Bombay on top of his entire batch, our family's trip up north to Simla, Kulu and Manali where we had to battle the hyper-active Sun and keep ourselves from getting sunburnt and of course, my finishing 3 whole and rather hurried years at Amazon. I'd have to come back to recollect these three years in a separate post though.

That's about it for now.
Posted by Kashyap at 2:44 AM No comments: 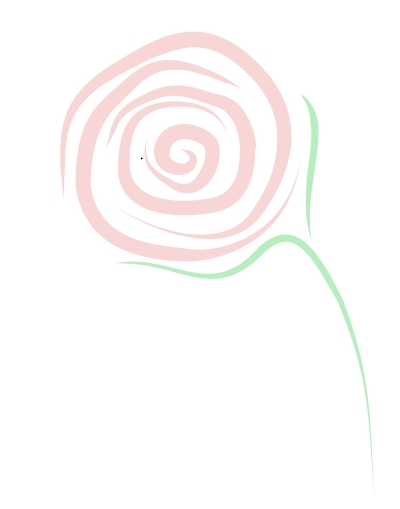 Nothing much, was experimenting with paths in gimp yesterday. And text along path and stuff.
Posted by Kashyap at 12:14 PM 2 comments:

One down, six to go!

It's been a while since posts like these 2005/06/arun, 2005/06/latest-updates appeared on my blog. Not that there hasn't been cause for celebration in between, but then Kashyap the loudspeaker was no longer necessary. In the 3 1/2 years since those posts, I've stayed mostly quiet. This time round however, my elation wants to write a little here and so I let it.

Simbly put, Cornell Univ has granted Arun a fellowship :D This is the first university he's heard from of the seven he applied to. Yayy! Meanwhile we wait for the other biggies to state their opinion on his application.

PS: For the electrically inclined, this is Arun's Homepage
Posted by Kashyap at 7:11 PM No comments:

A roundup of the books I've read of late. Given that I am not a reader of any particular sophistication, I tend to read really anything I come across. So this list of books ranges from Enid Blyton's school children novels to fake science fiction right through to literary classics like 100 years of solitude.